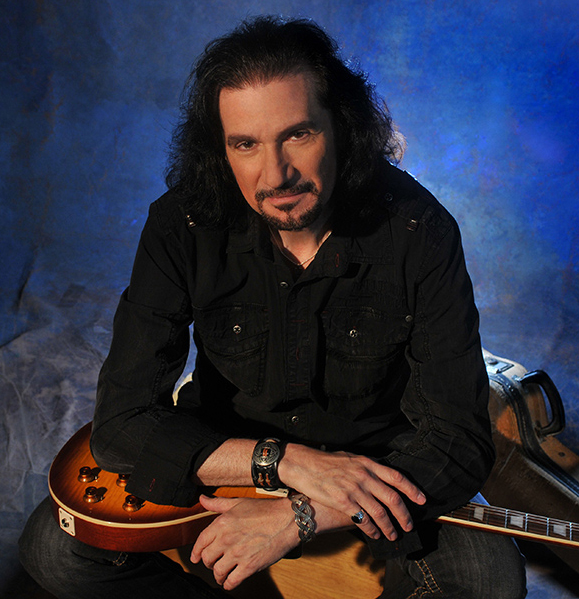 Bruce Kulick has been playing professionally since 1975. He first gained notoriety as a member of the touring band for Meat Loaf's classic "Bat Out Of Hell" album in 1977, playing dual guitars with his brother Bob. He also formed the band Blackjack with then aspiring singer Michael Bolton.

For a period of twelve years, Bruce served as the lead guitarist for KISS, joining the band for the Animalize tour in 1984 and continuing with the band until the 1996 Reunion Tour.  Bruce performed around the world with the KISS, won many Platinum and Gold awards, and is heavily featured on KISSOLOGY II and III, the band's DVDs spanning their historic 35 year career.

After leaving KISS, Bruce continued his musical development by forming UNION with John Corabi in 1997, and he also teamed up with Eric Singer and formed the Eric Singer Project.  Bruce also maintained his connection to KISS, contributing to their Psycho Circus album, the Detroit Rock City soundtrack, and both of the solo efforts from Gene Simmons and Paul Stanley.

Bruce has released his several solo albums, including Audio Dog, Transformer and BK3. These albums showcase many different sides of Bruce as a performer, with a great mixture of instrumentals and vocal tracks.

After receiving a personal invitation from drummer Don Brewer, Bruce began touring with GFR. And, he has been performing as their lead guitarist since 2000. He also keeps busy between GFR shows with many other music projects, including traveling outside of the US to perform.  But his passion of playing lead guitar in Grand Funk is quite rewarding for Bruce, as the band was an influence for him when they hit the music scene. Bruce has said many times, "On stage with Grand Funk Railroad is like taking a fantastic journey of rock, funk, and blues, all filled with classic moments of why I love to play guitar.  There's no better rhythm section than Don Brewer and Mel Schacher to lay down the groove for my riffs."