All the latest news on Grand Funk Railroad...

Due to positive Covid results, the shows scheduled for July 14 and July 16 have been cancelled or are being rescheduled.   Please check our Tour Page for further updates. 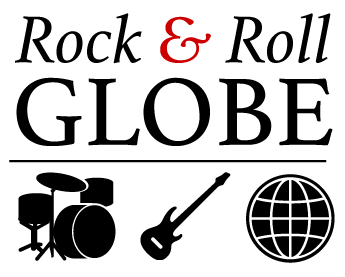 2022 "Some Kind of Wonderful" tour shirts are now in stock! 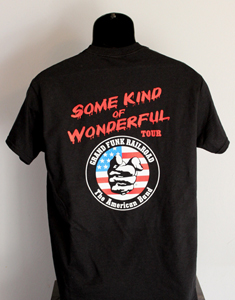 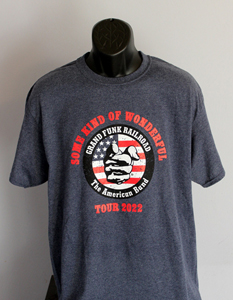 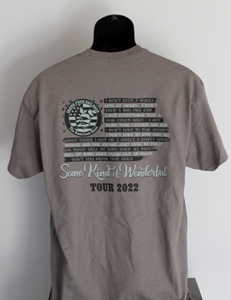 The American Band Grand Funk Railroad is pleased to announce the addition of ten new dates to our 2022 Some Kind Of Wonderful Tour. These will be as Special Guest on Kid Rock’s Bad Reputation Tour. Dates will be in April and June. Please check our Tour Page for the latest updates and links to purchase tickets! 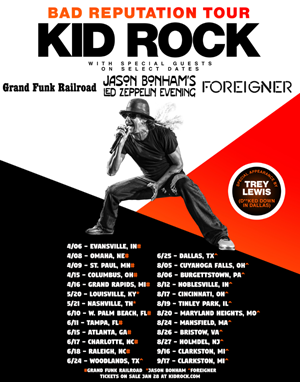 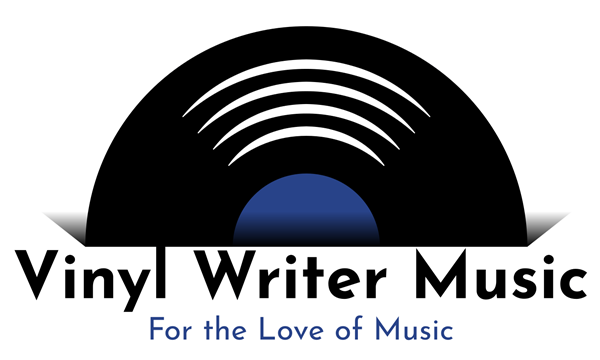 2022 "Some Kind of Wonderful" tour jacket is now available! 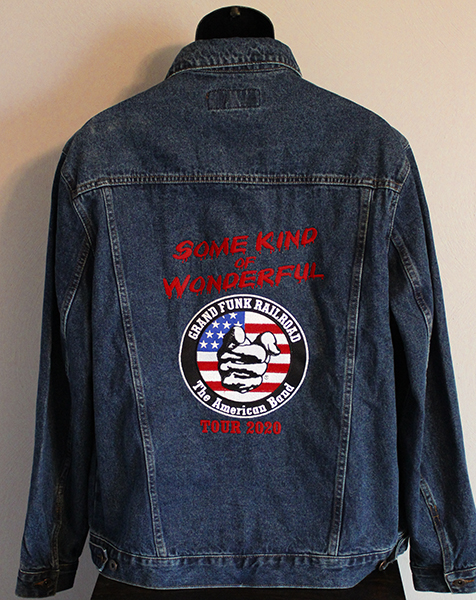 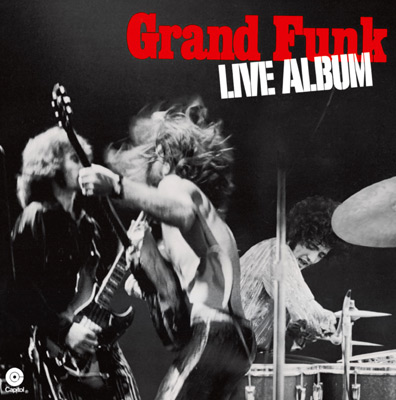 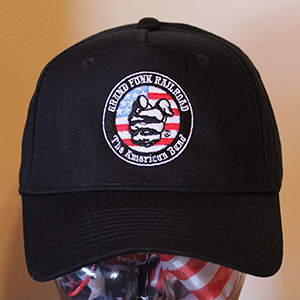 Click this link to see our new GFR Video Trailer! 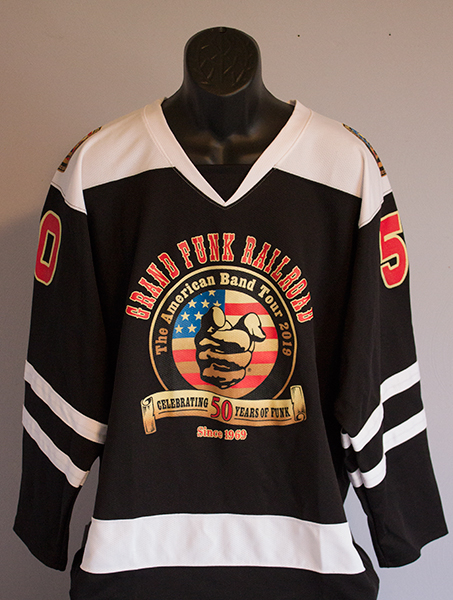 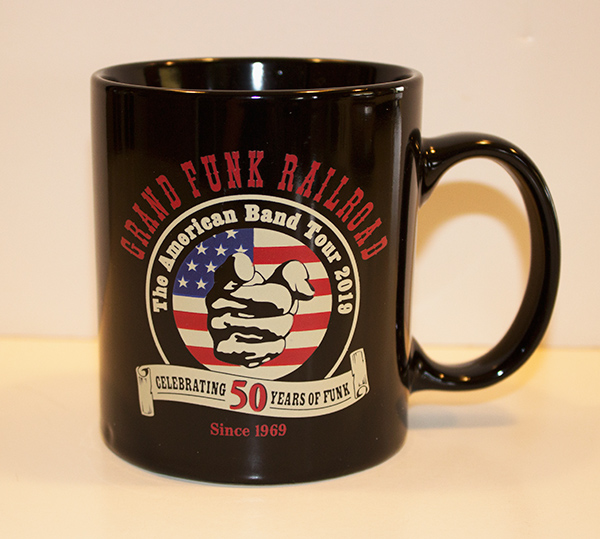 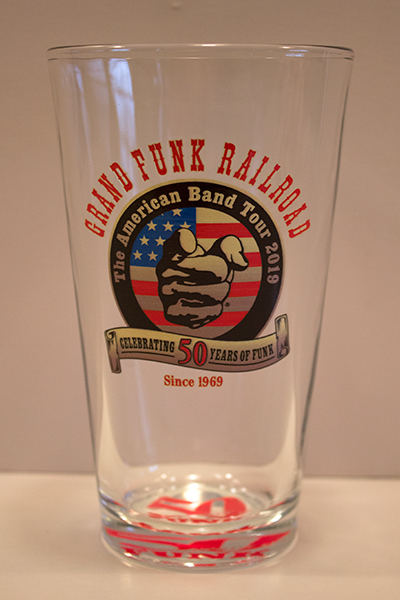 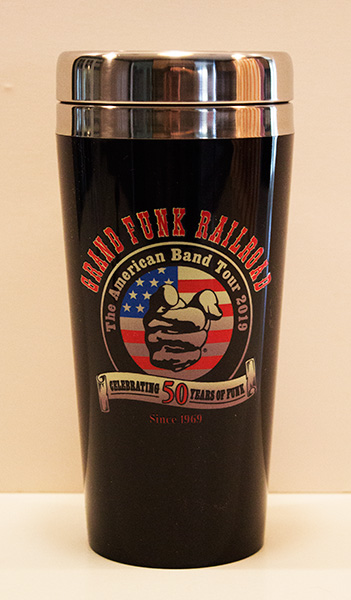 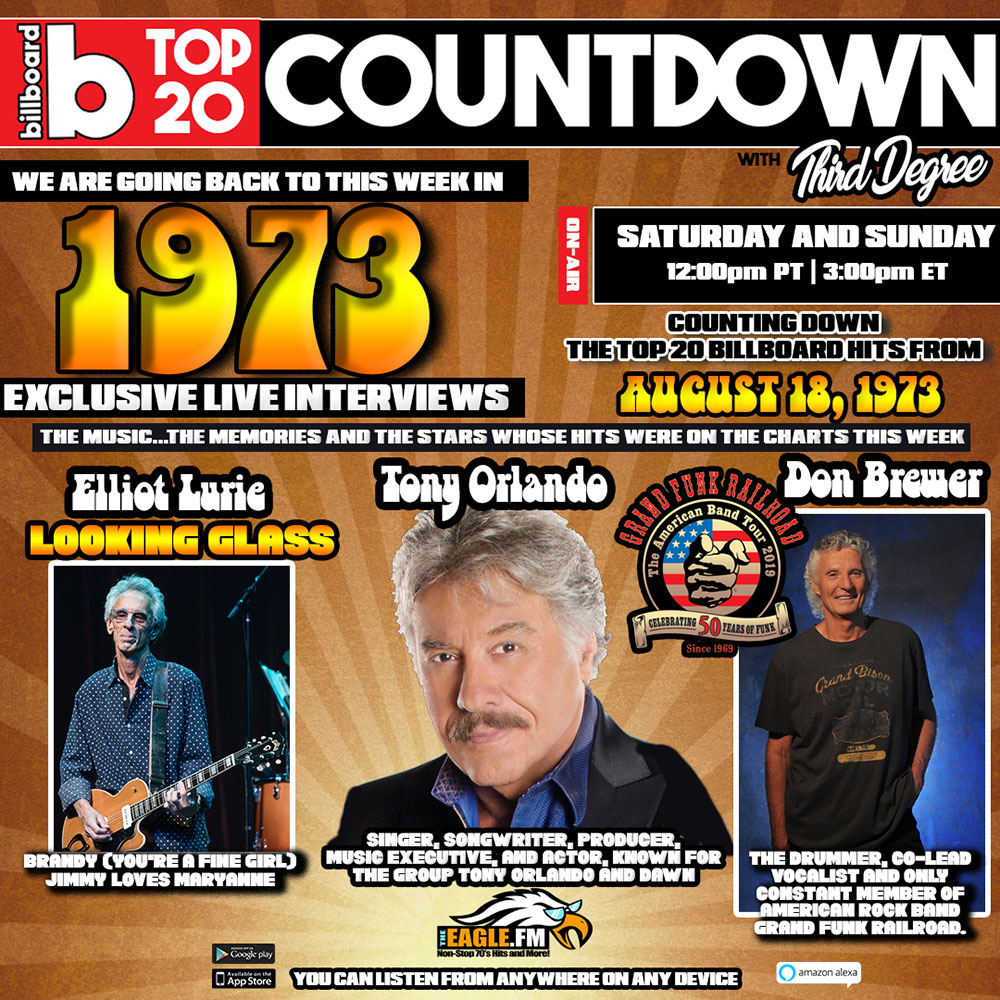 ALL IN MUSIC REVIEW 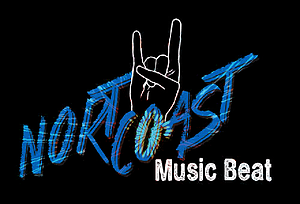 Interview from Classic Hits 99.3 The Eagle! 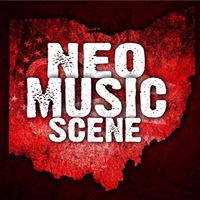 Another Limited Edition SACD from Audio Fidelity! all the girls in the world Beware!!! 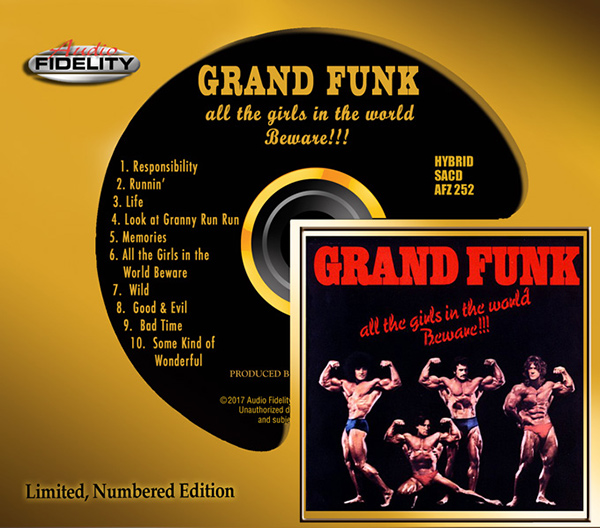 Grand Funk's all the girls in the world Beware!!! Released On Limited Edition Hybrid SACD

First there was the heavy metal power trio, then the powerful hard rock quartet and then after years of loud, in-your-face rock albums and tours, Mark Farner, Don Brewer, Mel Schacher and Craig Frost went into the studio and made an album that has a lot more R&B and a lot less rock than ever before and way ahead of its time.

" 'all the Girls' was a bit of an experiment for Grand Funk. Disco had raised it's ugly head in 1974 and if you wanted radio airplay you needed to go in that direction. Grand Funk, not being a 'Disco Act', decided to do R&B which was really what GFR was all about. R&B pumped up on steroids. Enlisting veteran producer Jimmy Ienner, I think Grand Funk came up with the best rendition of the soul classic 'Some Kinda Wonderful' in history. Still played today in heavy rotation and probably every wedding reception in the world. Once again Audio Fidelity has done a great job on this SACD Hybrid. ENJOY!" - Don Brewer

The album's combination of high-gloss production and the band's energy resulted in some impressive hits: “Some Kind of Wonderful” is an exuberant, organ-drenched soul song that highlights the group's strong harmonies while “Bad Time” mixes a delicate, string-laden melody with a pulsing beat from the rhythm section to create a one-of-a-kind power ballad. all the girls in the world Beware!!! has many inventive moments. The seven-minute “Good & Evil” is fascinating for Brewer's strange, processed lead vocal. “Look At Granny Run Run” is sheer R&B fun and “Memories” is a serious stab at out-and-out balladry.

all the girls in the world Beware!!! was recorded at the Swamp, a studio owned by Mark Farner and located on his farm in Parshallville, MI. The recording sessions were engineered by Shelly Yakus with assistance from Kevin Ayers and Rod O'Brien. The album's producer was Jimmy Ienner, who had also worked with artists such as Three Dog Night, The Raspberries and the Bay City Rollers. All but two of the songs on the album were written by members of the band. Grand Funk Railroad continued to move further into the pop/rock mainstream with this hit album. In support of the release, the band embarked on an immensely successful worldwide tour in early 1975.

The album's artwork included taking the faces of the band members and manipulating them onto the bodies of famous body builders Arnold Schwarzenegger and Franco Columbo. The body builder photos are used on the front and back of the booklet. The center spread art is a Neal Adams illustration of the body builders surrounded by a crowd of young female fans.

Limited Edition SACD of Shinin' On! 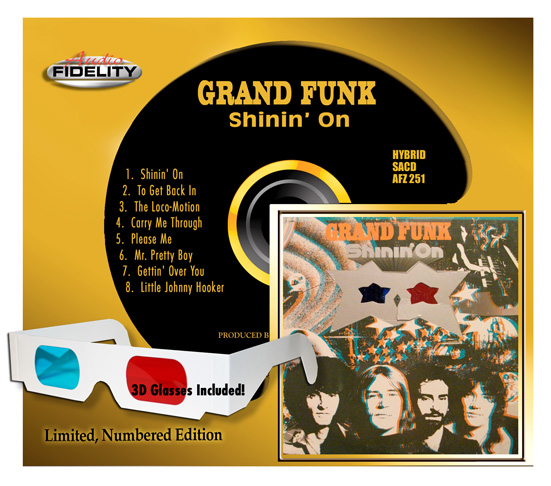 Don Brewer, Mark Farner, Mel Schacher and Craig Frost took the band to another level. The songs are tight, the vocals are excellent and the group is in top form. Shinin' On is pure Grand Funk and considered a favorite among many fans and critics.

Shinin' On's best songs are the tracks that became the hit single releases: the SACD opens with the dynamic title track augmented by Craig Frost's keyboard work and pumped-up behind Don Brewer's aggressive vocals the track infuses its hard-driving, spacey rock groove with some surprisingly ethereal vocal harmonies. The cover of the Carole King and Gerry Goffin penned "The Loco-Motion" turned this dance classic on its ear with a stomping beat and a screeching guitar lead from Mark Farner that shot the chuggin' pop remake straight to #1 on the Billboard singles chart and helped drive gigantic album sales.

The original album was packaged in a cosmic 3-D sleeve that had a pair of 3-D glasses embedded in the front cover to best appreciate the dramatic art work. Each Audio Fidelity Shinin' On SACD slip case will include a pair of 3-D glasses so the brilliant art work can be viewed as originally intended.

Another legendary hard-rocking album from Mark, Don, Mel and Craig – Grand Funk! So pump up the volume, break out those classic 3-D glasses and keep on shinin' on!

TRACKS
Shinin' On
To Get Back In
The Loco-Motion
Carry Me Through
Please Me
Mr. Pretty Boy
Gettin' Over You
Little Johnny Hooker

GFR performs at a veterans benefit!

FLICK OF THE FINGER magazine

New Feature - Updates from the Road!

GRAND FUNK has just fired up a new way for you to get frequent news and photos from their tour. "OUT ON THE ROAD..." will take you on the road and backstage, from the stage to the dressing rooms. Enjoy notes and savor new pics of the band and crew as the American Band comes to your town to help you party it down!

Can't make a show? Check in with the Tour page often to see new updates! 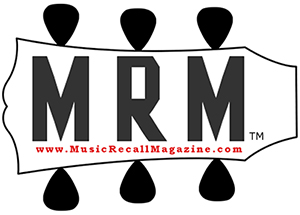 Amazon offers the GFR catalog in both CD and mp3 formats.

And, don't forget the CDs available in our GFR store including the CD/DVD package! 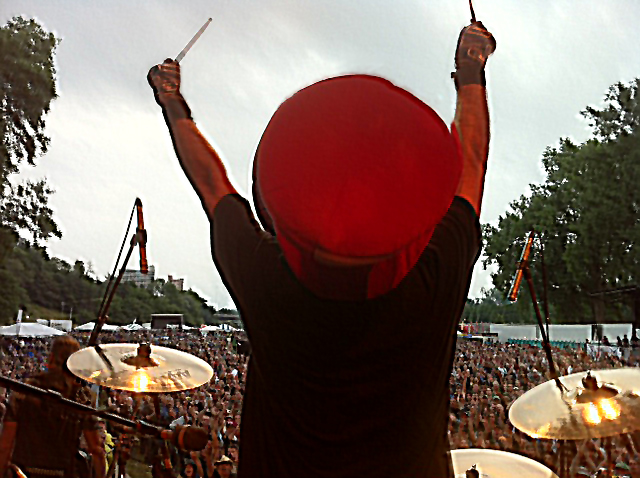 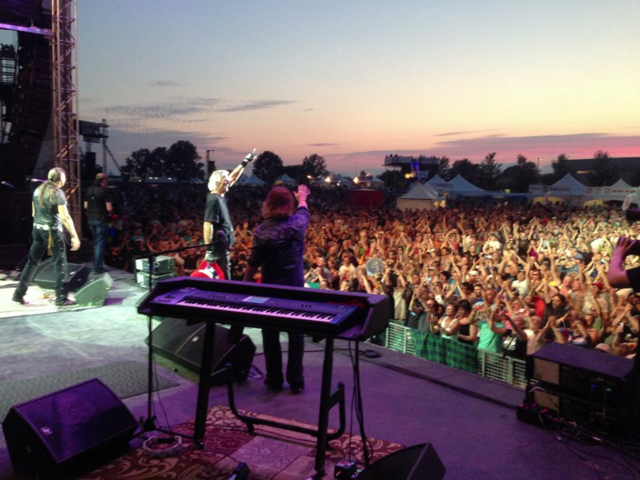